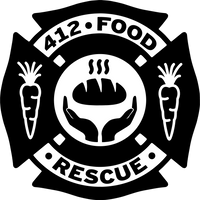 Driven by the belief that good food belongs to people, not landfills, 412 Food Rescue launched in Pittsburgh, PA in  2015 to redirect healthy food from the waste stream to households and nonprofits that serve people experiencing food insecurity. In the United States, up to 40 percent of food produced is wasted while 1 in 5 people go hungry.

The only organization in the Greater Pittsburgh Region focused on food that would otherwise be discarded, 412 Food Rescue addresses both hunger and food waste by mobilizing volunteers to bring surplus food from retail locations to households and nonprofits serving people in need.