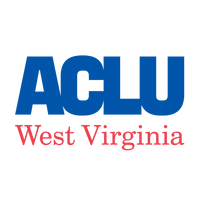 Jobs at ACLU of WV

The ACLU of West Virginia is a non-partisan, non-profit public interest organization dedicated to protecting and expanding civil liberties for all people in West Virginia. A major focus of our work is to extend the promise of the Bill of Rights to those groups who have traditionally been denied its protections. Given the policies currently being pursued in Washington and Charleston, we believe that our mission is as relevant and important today as it has ever been.

The ACLU is an Equal Opportunity/Affirmative Action employer and encourages women, people of color, people with disabilities and LGBTQ people to apply. We value a diverse workforce and an inclusive culture. The ACLU of West Virginia strongly encourages applications from all qualified individuals without regard to race, color, religion, gender, gender identity or expression, sexual orientation, age, national origin, marital status, citizenship, disability, criminal history, and veteran status.