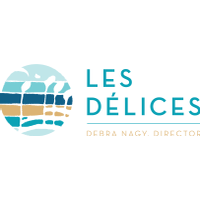 Early music chamber ensemble Les Délices (in English, The Delights) has earned a national reputation for unique, creative programming that spans the Medieval to Classical periods. With deep roots in our Northeast Ohio community, Les Délices is building a national reputation as a leader in the field of early music, advancing its relevance and sustainability by welcoming collaboration, embracing digital media, and proactively working to support diversity and inclusion among our peers and repertoire.

Founded in 2009 by Artistic Director Debra Nagy, Les Délices produces an annual 4-program subscription concert series and will go on three national tours in 2022-23. The organization’s creative outreach programs capitalize on our digital media savvy and portfolio of recorded material. These include SalonEra, our early music webseries and podcast that serves our local and global audience of classical music enthusiasts; Early Music Explorations, a music enrichment video series designed for 4th-7th graders; and, LD Music Meditations, a guided-listening series that provides brief respite from stress and anxiety to listeners from all walks of life.

At Les Délices, we bring the values of the Early Music movement – that have historically included questioning received knowledge and notions, diversifying and expanding repertoire beyond the canon, and integrating a more fully-developed and nuanced understanding of cultural context into programs and performance – to bear on our current moment in American history. As such, the organization is committed to expanding definitions and perceptions of Early Music, openly facing and helping to dismantle racial and cultural inequities in our sector, and creating a culture in which diverse perspectives are expressed and honored.

Les Délices has been called a “tiny powerhouse” and is supported by an 11-member Board of directors and staff of four. They maintain a small office and the staff and Board meet both remotely and in-person. Les Délices is committed to an inclusive hiring process as an equal opportunity employer. We encourage candidates who have been historically underrepresented based on race, ethnicity, age, ability, sexual orientation, gender, gender identity, socioeconomic status, nationality, citizenship status, or religion. We strive to create a welcoming atmosphere that supports each employee’s growth and development.